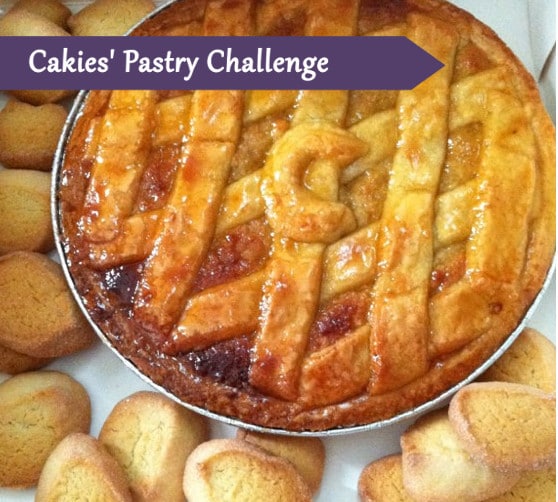 I had my very first pastry (or patisserie to be exact) lesson last Monday. I wasn’t sure what to expect but I liked what we’ve done so far!

We had quite a large group, about 40 people with many different backgrounds. Some were chefs, some had a medical background, some worked for the government, some were recent graduates, others had their own business or restaurants and there were also a few with a marketing/communications background just like me. All in all quite a nice mix of people.

We were divided into two groups and the group I was in started working on a nice pie with an almond paste filling. The pie dough was a basic dough with which you can make many different types of pies and also makes a nice cookie dough! From the left over though we made some delicious cookies 🙂 We also worked on training our piping skills, which I forgot to take a picture of… During the day I also received my patisserie outfit which I’ll be wearing every week for the next couple of months. Looking back, it seems like we haven’t done much, but for a first day it was more than enough. Everything was new and exciting, and we were warned that we may start a bit slow, but we’ll have to pick up the pace soon enough! I can’t wait!