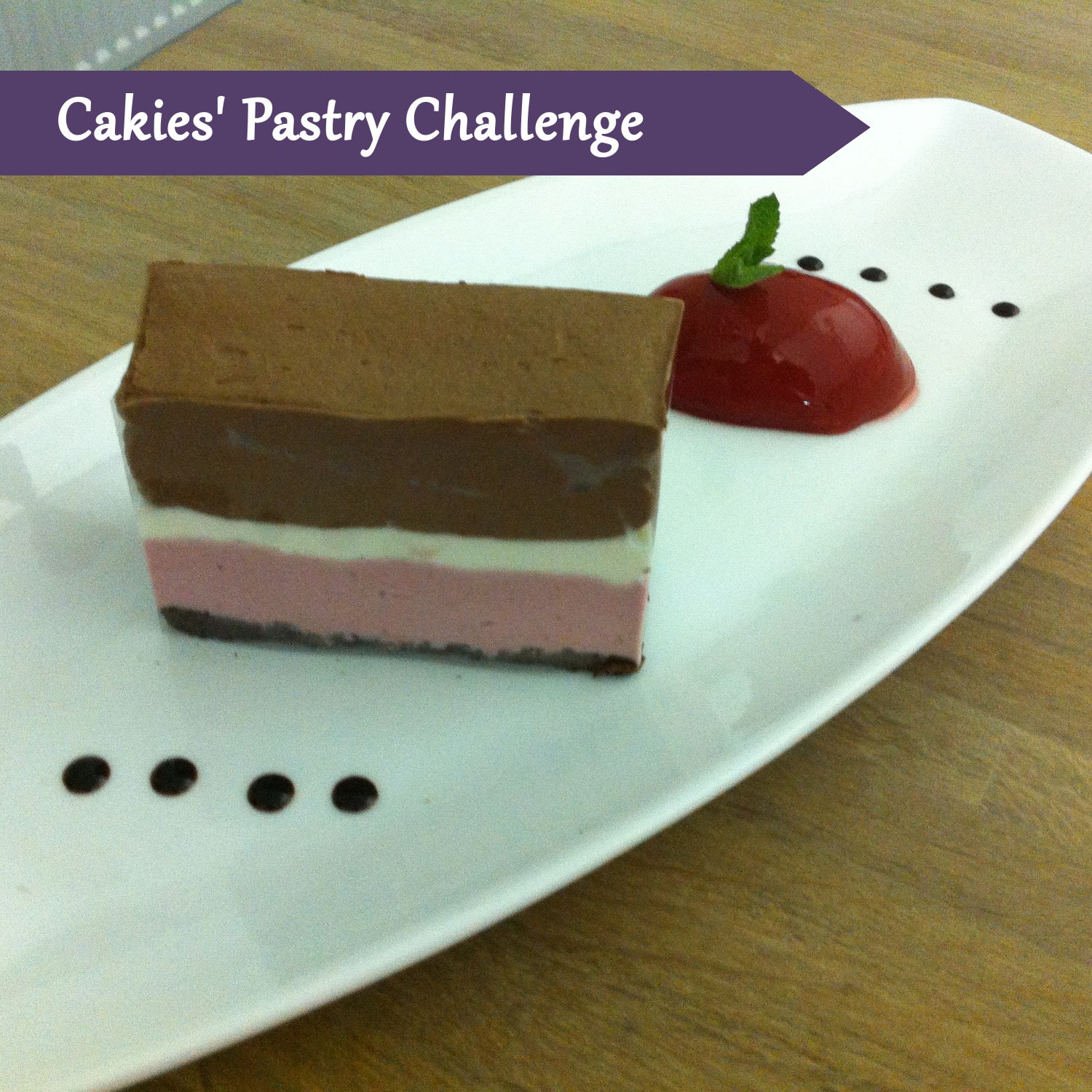 We started our seventh and penultimate module this day. The seventh module is all about desserts, so on this day we were put to work immediately to work on two desserts.

We had to work in pairs. We were given two recipes, a raspberry and a chocolate recipe. We were allowed to do with them what we wanted. We could make combinations, but could also stick to one thing, it didn’t really matter. There was only one goal. At the end of the day, each pair had to present a plated dessert.

The raspberry recipe consisted of a cremeux, bavarois and a sponge. The chocolate dessert consisted of a cremeux, mousse and sponge. It was my first time making a cremeux. Cremeux is french for creamy, which it really is as well. The raspberry cremeux was made by bringing raspberry puree and sugar to a boil. Next, egg yolks and some more sugar was added followed by mixing in some gelatin and cold butter. Once mixed it is poured into molds and put into the freezer. For the chocolate cremeux we did basically the same, except that instead of raspberry puree we used milk and cream, and we substituted the butter for cream cheese and pieces of chocolate.

The raspberry dessert also had a ‘miserable’ sponge (which includes almond powder and meringue) and the chocolate dessert had a chocolate sponge with pieces of almonds in it. Both sponges (on separate trays of course) were spread out onto a baking tray so once baked we could cut out the desired shapes. The raspberry bavarois and chocolate mousse were both relatively quick and easy to bake. We had made them both before, so that went well.

Now I don’t know how my baking buddy and I managed to do this, but a lot of things went wrong while we were making the desserts. We had made the different molds, but nothing really worked. The final products didn’t come out of the molds well, they weren’t frozen enough. So basically we ended up with a bunch of desserts we couldn’t really do anything with.

At the last minute my baking buddy came up with the awesome idea of making three layers, raspberry, whipped cream and chocolate. We added a raspberry cremeux that did came out of the mold well to the plate and it looked awesome!

The dessert didn’t only look awesome, it tasted awesome as well. Especially the cremeux is something I’ll definitely be making again. It was nice soft and creamy, it just melted in your mouth, it was delicious!

We took the rest of the desserts home. I wasn’t even able to take any pictures of hem, luckily we only had to present one plated dessert 🙂