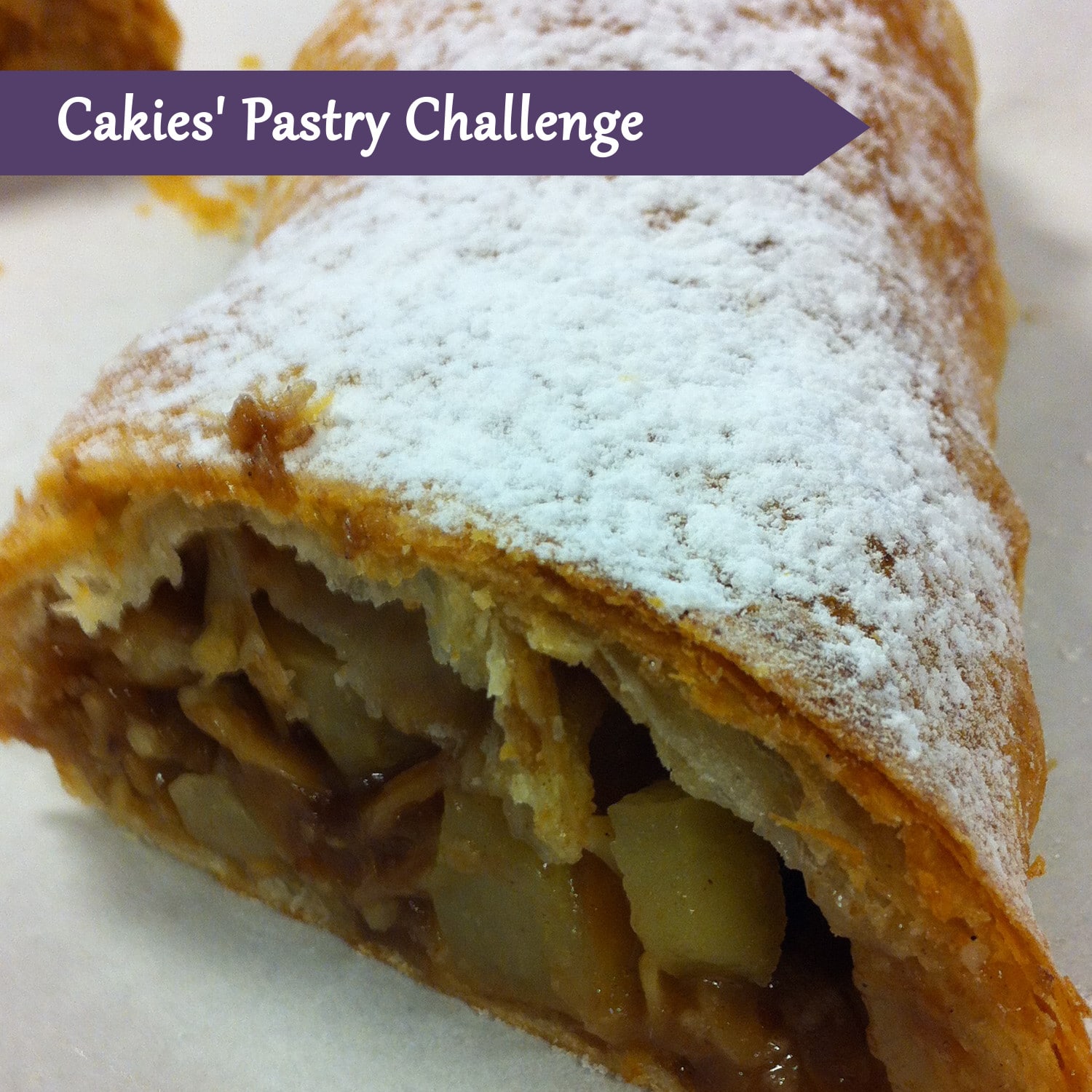 This day was literally filled with apples! We made two things, an apfelstrudel and an apple dessert. It was really fun to do.

We started making the dough for the apfelstrudel. The dough had to rest before use so we had to make it in advance.

While the dough was resting we made the filling and made a start on the apple desserts.

When the dough was stretched as far as possible we were able to put the filling on the dough. Next, using the cloth, we carefully threw a part of the dough onto the filling. Still using the cloth we rolled the filling and dough even further. You kind of roll the apple filling in very thin layers of dough. Once you’re satisfied with the thickness of the dough you can stop rolling. Just cut off the remaining dough and put the strudel into the oven. I really liked making the strudel, I’m not sure I’ll ever be making it again though, there’s quite some precision work involved. Stretching the dough really isn’t that simple! I have really learned a lot again.

While the strudel was in the oven we were able to finish the apple desserts. Once we took them out of the freezer they firmed up really nicely. We were now able to dip them into a clear jelly. The jelly gives the dessert a nice shine. We finished off the desserts with a caramelized apple on top. The result doesn’t only look nice, it taste delicious as well!

Making this the dessert came at the perfect time. I’m currently developing a dessert which has old and new as a theme. Either we turn a classic recipe into something modern, or we give a modern recipe a classic twist. I chose to give a modern twist to the classic apple pie. I already know what I want to do with the filling, but I haven’t been able to match it with a good base. Now that I’ve tasted the dough for this dessert, I decided that this is the base I want to use! More information about this experiment will follow on a later date. This experiment is an assignment for the course, I still need to develop it further. So it’s, to be continued 🙂