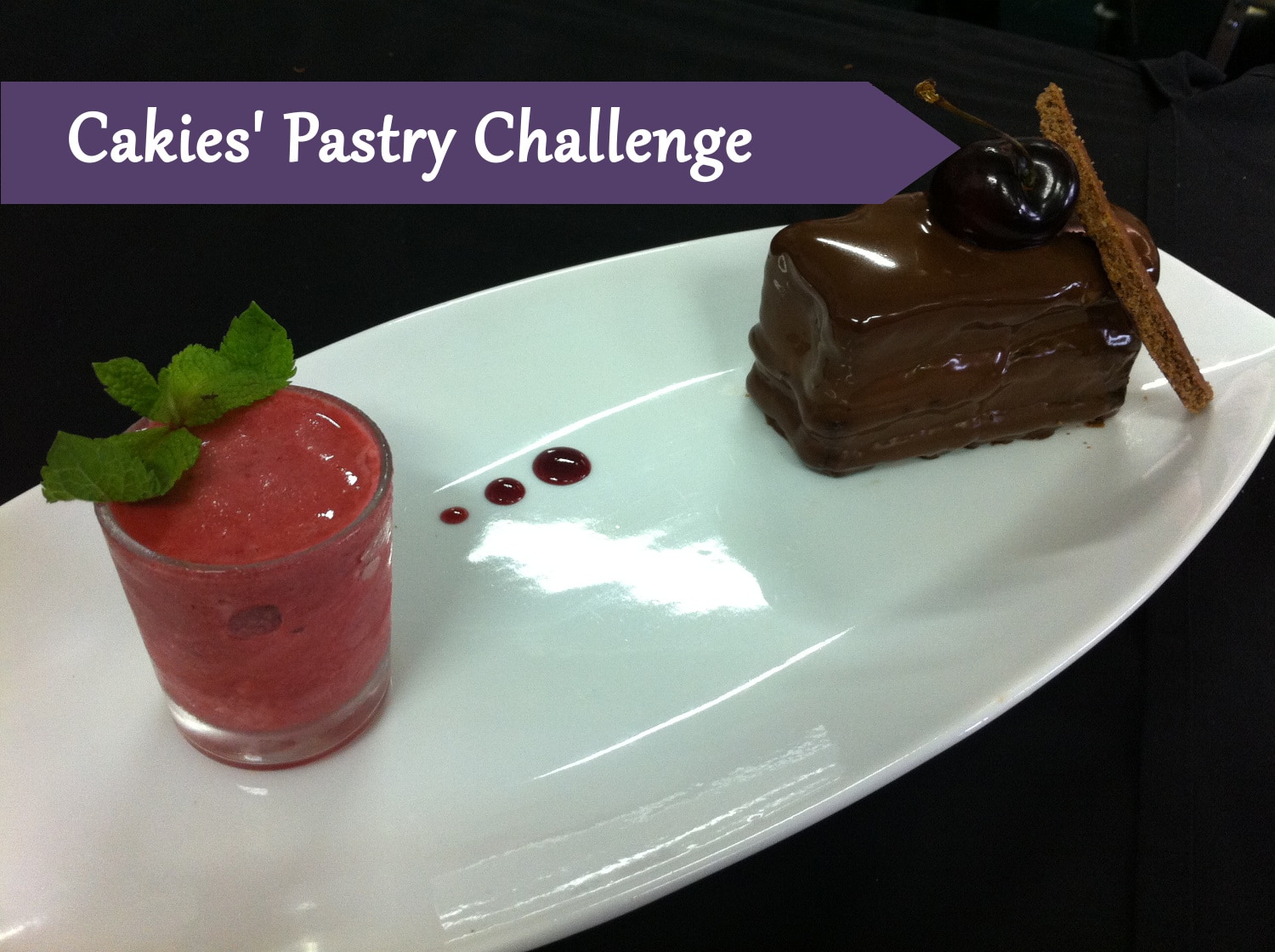 On the penultimate day of the course there was a competition. Everybody had to hand in a company profile, menu and 1 fully described recipe. Out of all the handed in recipes a few were nominated for the CCB Challenge Cup (Culinary Centre Beverwijjk, Challenge Cup).

My recipe wasn’t chosen, but I worked on one of Barbara’s recipes. She had developed a new version of the German Schwarzwalder kirschtorte. All the tasks were divided and we got started.

We started out nice on schedule, however, after lunch it was all hands on deck to make sure we could get everything done on time. One of the things we and all the other teams had difficulties with was the heat. When working with chocolate in a warm room, it’s not always that easy 🙂

Eventually we did get everything done in time and even though the looks didn’t quite turn out like Barbara intended, it tasted delicious!

In the end, 2 winners were chosen on the day. Unfortunately our group didn’t win, but we did have a fun day. It was also really nice to see all the other groups hard at work.