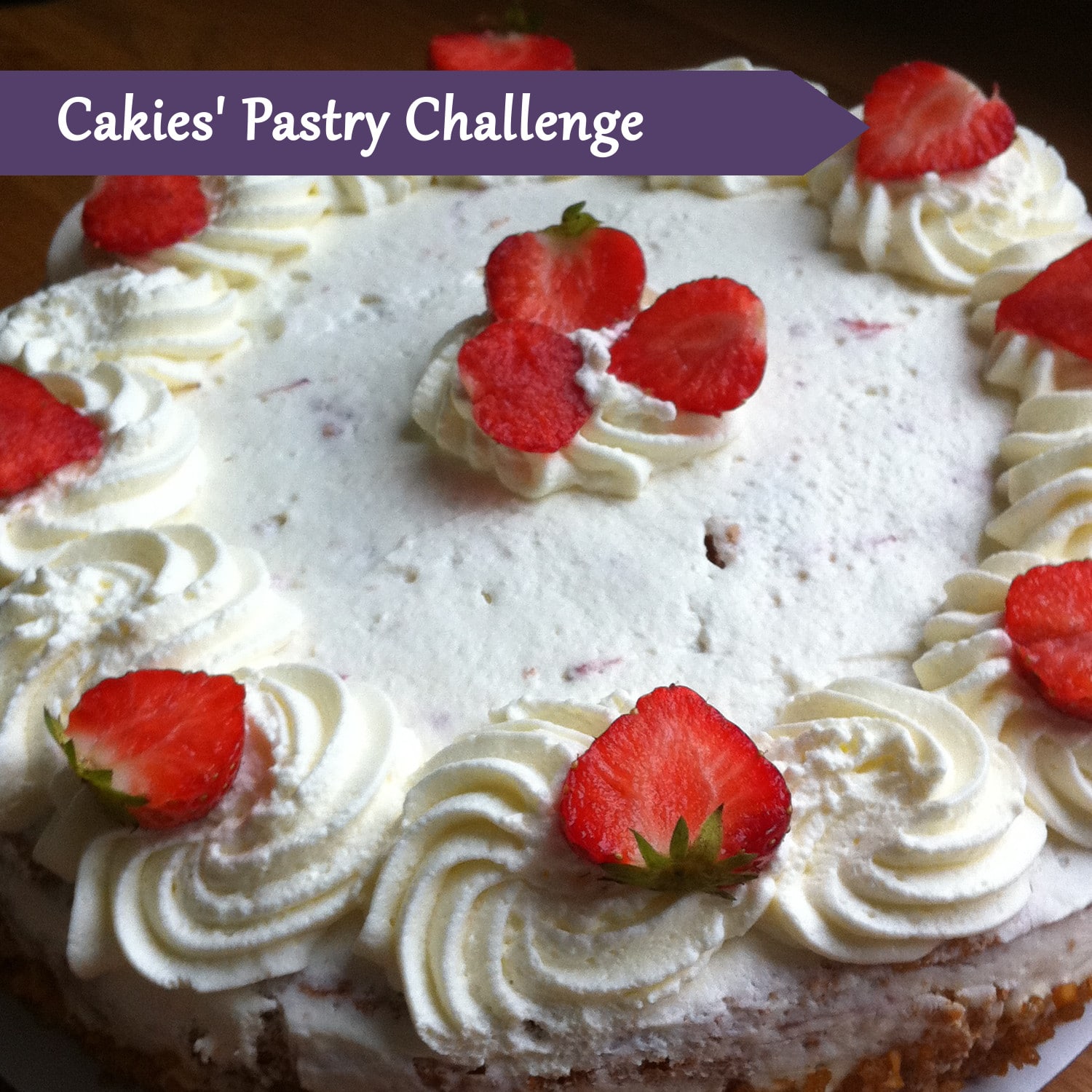 The fourth day of my pastry course didn’t start out that well. In the morning, I had perfect timing, I got up in time, jumped in my car and drove to Beverwijk, the city in which I attend my pastry course. I was about 5-10 minutes away from my destination and would have arrived on time (at least a half hour before the lesson would start) when I saw everyone in front of me hit the breaks. There were about 10 cars in front of me and in front of them, a tunnel. Apparently an accident had happened in the tunnel. Luck would be it that right after that tunnel was my destination. So there I was, being on time and all. I ended up waiting there for about half an hour. I had turned off my engine and got out of the car to make some small talk with the driver in front of me. He advised me to buy a tire that could handle all weather types, might not be such a bad idea. We saw a few ambulances and police drive by and disapear into the tunnel, but that’s about it. By the time we were able to drive through the tunnel ourselves there was no sign of an accident whatsoever. So I actually don’t have a clue what exactly happened.

In the end I arrived on my destination about 10 minutes too late. The lesson was already in full swing so I missed half of the instructions the chef was giving. I also had a different buddy to work with than the last few weeks so that took a bit of getting used to as well, we had fun though, but it was different. I didn’t really get into it this week, but I did learn a lot again.

We made a cake batter for a whipped cream cake. It was pretty easy to make, just make sure the egg mixture is warm and put it into the mixer till it’s all nice and creamy. Next you add your flour and that’s it, your batter is done. Were it not for the fact that my buddy and I didn’t whip up enough eggs, so we had to beat up some more eggs in a separate bowl. Then when it was time to make the whipped cream, we forgot to add sugar to the cream. We weren’t really thinking.

While we were making the whipped cream cake we also made meringues. There are a couple of ways to make meringues, one of which is the Italian meringue which we made. The important thing about making an Italian meringue is getting the sugar sirup to the correct temperature before adding it to your egg white. I had never made meringues like this, but I have to say, they turned out pretty good. My colleagues loved them as well!

I’ll certainly be making this again as well as making several varieties (I wouldn’t be me if I didn’t do that!). All in all, it was yet again a very nice and informative, be it a little hectic day!