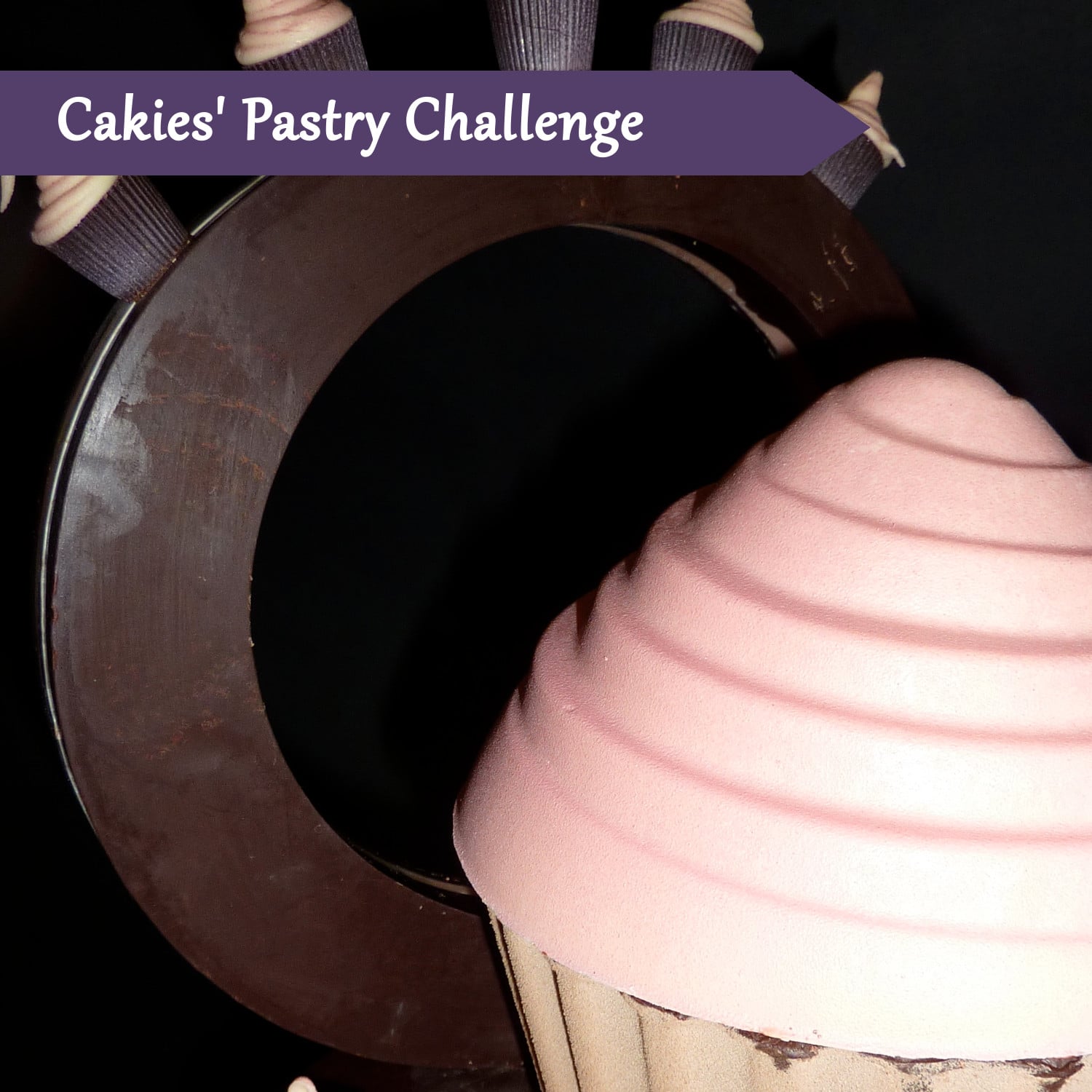 Last Monday the big day had arrived, it was showpiece time!
During the previous weekend I already prepared a few things so on the day all I had to do was combine that to create one showpiece.

In the end I decided to make this simple, dark chocolate and white chocolate which I colored pink. So dark brown and pink were the colors of the day.

Due to the considerable amount of time I lost I unfortunately didn’t get around to creating some nice curls as well. At that time however, I had already made so many things, I didn’t mind. For the showpiece I had also made some chocolates which I finished of with piping chocolate so they resembled little cupcakes. I made quite a few, but ended up using only a handful. I also made a shape that was supposed to be at the back of the showpiece, but in the end I thought it would be too crowded.

All in all, I had made quite a lot, but used a little. I thought it looked nice as it was, simple, retro and a little modern.

I’m very happy with the end result. In retrospect, if I did had to add something, it would’ve been the curls, I could have incorporated them, nothing else though!

I really am very happy with the end result. Making this showpiece has really triggered some great new chocolate ideas!

What do you think of the end result?