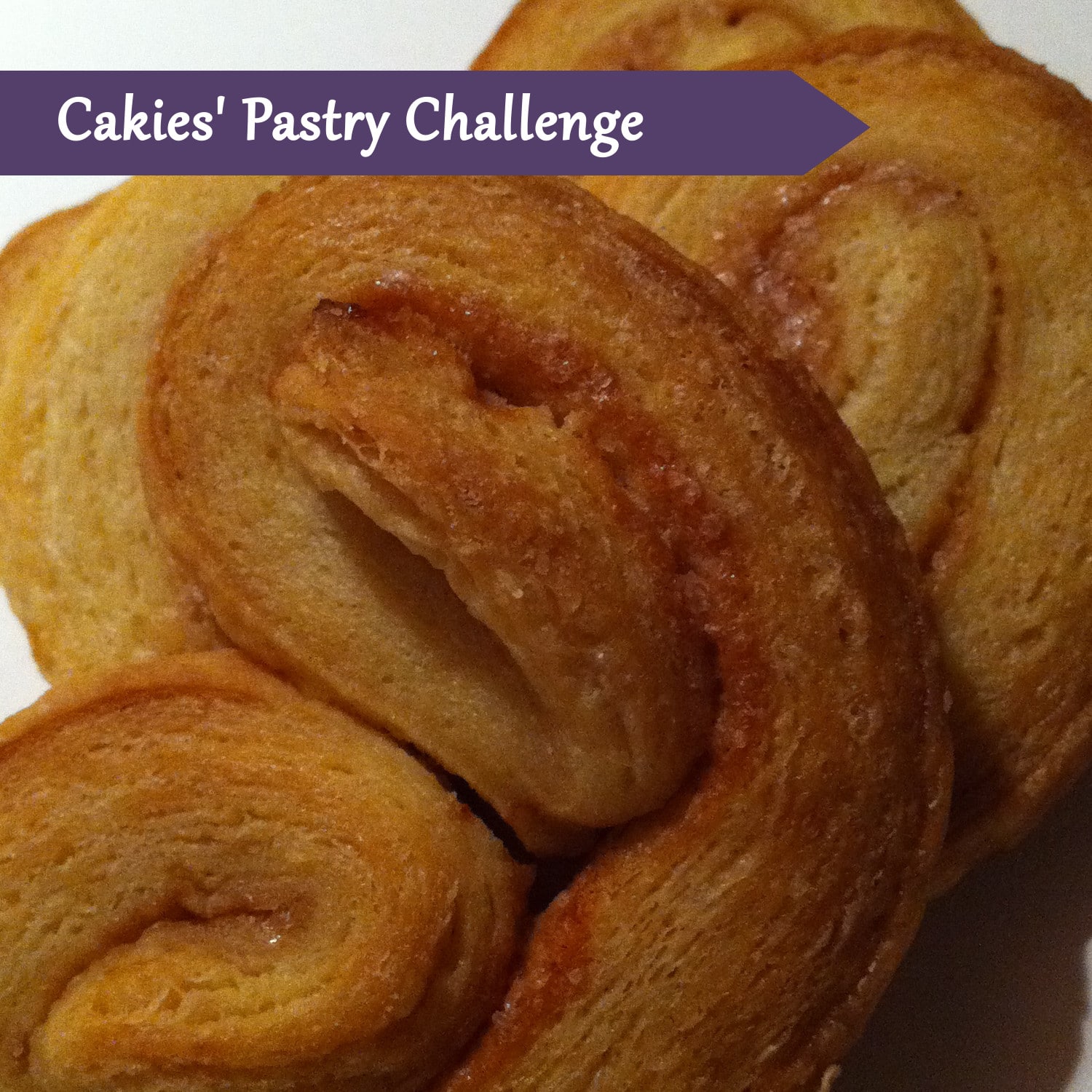 At the third pastry lesson we talked about puff pastry. Puff pastry is a light and flaky pastry. You get these nice thin flakes by turning the dough. You make puff pastry by spreading solid fat on the dough and fold and roll out the dough.

You can use this pastry for savory recipes such as, meat pies, sausage rolls, etc. As well as for sweet recipes such as apple turnovers, sugar/cinnamomn palmier (palm leaves), vanilla slice (napoleon), etc.

Making the pastry seemed to go well. In between every ‘turn’ the dough had to rest for half an hour, while we were waiting on the dough we practiced our piping techniques and made a simple batch of pastry cream to fill our flaky pastry creations with. At the last ‘turn’ the chef remembered he forgot to tell us something. He had forgotten to tell us that we had to make sure that any flour on the dough should be removed entirely before folding, otherwise your pastry might not be so fluffy as it should be. Unfortunately, seeing as I was at the third turn already this advice came too late. I probably had some flour in-between the layers. It wasn’t a huge disaster, but it was a shame that we didn’t know that before we started.

I made a few ‘Victoria’s’ and a dutch cookie called ‘Arnhemse meisjes’ (girls from Arnhem), palters and a cream horn. Everything went into the oven just fine, and then things took a turn for the worse. While we’re working we’re all supposed to look after each others stuff in the oven. My working buddy and I saved a couple of sweet stuff from burning. Unfortunately others weren’t paying such good attention to our stuff though, so most of it unfortunately burned and we had to throw it in the bin. Only the palmiers looked somewhat okay.

Luckily we were able to take some of the chef’s creations home with us so we were at least able to taste how it was supposed to be :).

So, we learned something new, next time I’m going to pay even better attention to my own stuff! It really isn’t nice to see all of your efforts go unrewarded. But then again, it isn’t a major disaster either. We have learned some new techniques and that’s what’s important! I have already thought of all kinds of things I can make with puff pastry!