Bad, Bad, Brownies (But So Delicious) 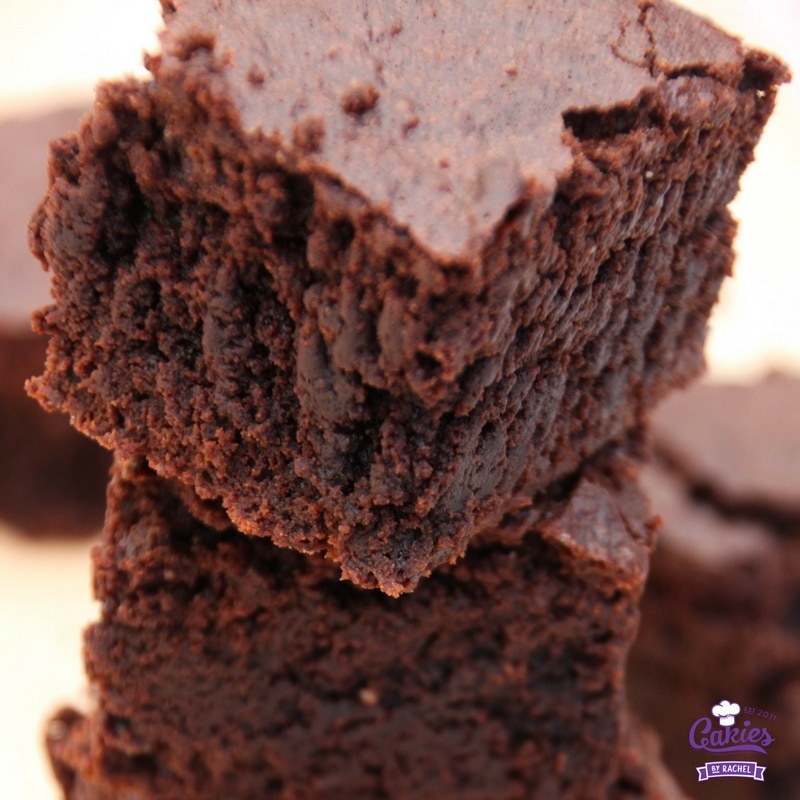 Finally, another recipe on Cakies! This time it’s a brownie recipe. I know, it’s been a while, but I’ve been busy with my course and writing down and photographing these recipes isn’t something you do in five minutes. To make it even more complicated, I also decided to make a video of this easy brownie recipe. Yes! My first recipe video ever! It was really fun to make. I also learned what NOT to do to for my next video (yes, if time is on my side, there will be more :))

But, before getting too much into the whole video thing already, let me tell you about these delicious brownies and why they are soo bad for you, but also soo delicious! I have been making these brownies for years and everyone that tries one loves it. Then I have to break them the bad news, these brownies, are bad, really bad. There is enough sugar in this brownie recipe them to make two cakes(!), but that is exactly what makes them so delicious as well!

They are really easy to make, just check out the video below!
[note: this video was made in 2012!]

So?? What did you think of my first recipe video? I am pretty pleased with it, there are some things I would do differently though, to name a few…:

Oh well, I’m still really proud of myself for pulling this off! For those of you not interested in the video here’s what I did in photos!

Get Started With The Brownie Recipe Next, grease and line a brownie tin with parchment paper. And leave to melt slowly. Or do as I do and start mashing in the chocolate with the butter, hoping it will melt sooner. First it will look really messy like this and you wonder why you just can’t be patient and let it melt slowly. Soon however, it’ll start to really melt and slowly coming together. So you start stirring. When it looks like all butter and chocolate is melted stir it a bit. You should have a nice and shiny butter and chocolate mixture ready. Now it’s time to take the bowl of the heat and cool to room temperature. Gently mix it all together, be careful not to stir too vigorously otherwise the cocoa powder will end up everywhere. Once the cocoa powder is incorporated you can give it a good mix. Now add the eggs one by one, stirring in between each egg. Next, add the vanilla extract and stir again. At this point I like to give it a stir it just once or twice. Next, add the baking powder and salt and stir till you reach a smooth, shiny and silky consistency. Once you see that consistency, you stop mixing, you don’t want to overbeat the mixture. Pour the mixture into the brownie tin. Keep pouring till you’ve got all your mixture in. Once baked take it out of the tin and you should end-up with something like this. Let it cool completely. Take a knife and cut it into squares. I hope you enjoy this recipe 🙂

Print
Bad, Bad, Brownies (But So Delicious)
A delicious and super easy brownie recipe. These brownies are a hit at every party. It's my most requested brownie recipe among friends 🙂 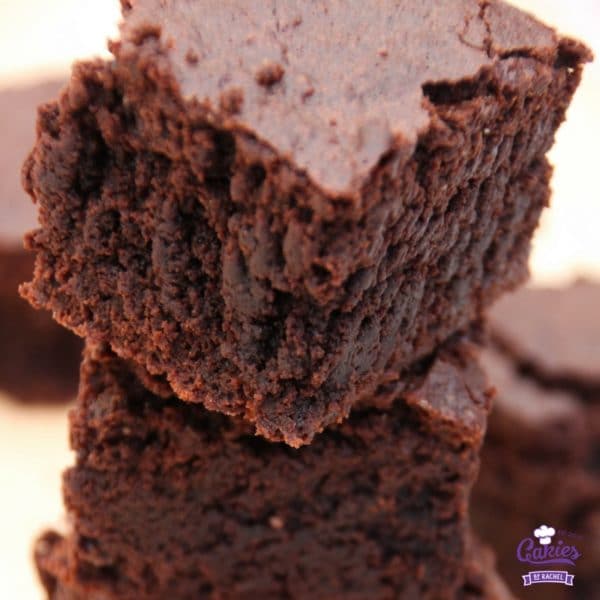