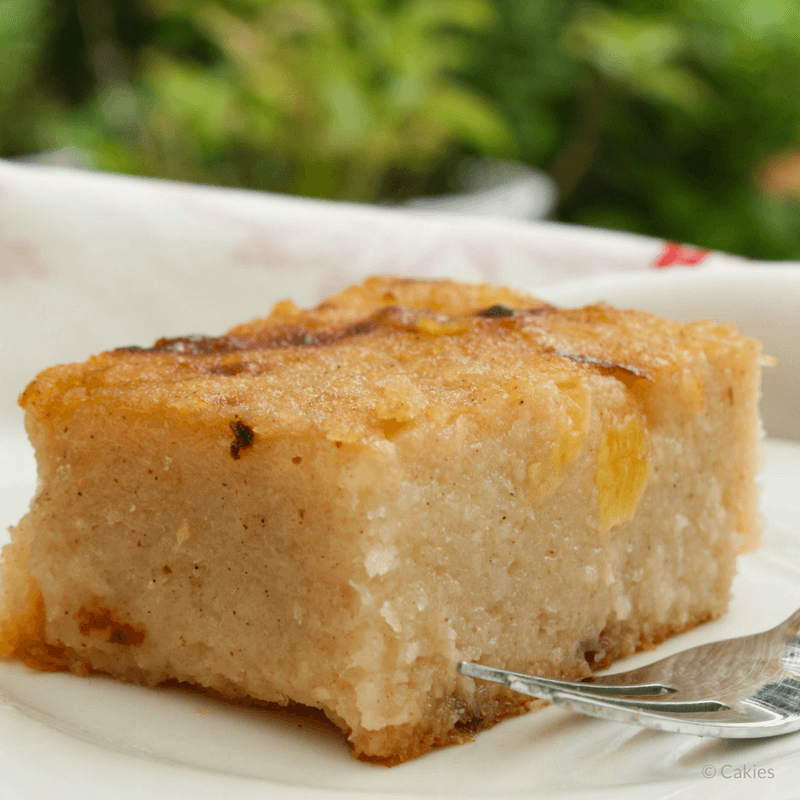 Adding pineapple into the bojo cake gives this cake a nice tropical flavor.

How To Make Surinamese Bojo Cake With Pineapple For the Bojo Cake with Pineapple you’ll need: sugar, finely grated cassava, coconut milk, finely grated coconut, melted butter, eggs, vanilla extract, cinnamon, almond essence, salt and of course pineapple.  Be sure to use pineapple chunks. I know on the photo this looks like crushed pineapple, but you will need chunks.  Trust me on this. Next to that you’ll also need some raisins (preferably soaked in rum, otherwise, soaked in water will be fine as well) and you’ll have to save some of the juice of the pineapple and add a bit of rum.

And yes, I forgot to add raisins, juice of the pineapple and rum to the photo…. First off, add all ingredients to a bowl, the cassava, coconut, sugar, raisins and pineapple chunks. Followed by cinnamon, melted butter and eggs. I like to use a hand held mixer to mix it all together till it’s all incorporated. Once incorporated, poor the batter into a baking tray. The batter will be pretty wet and runny, but that’s how it’s supposed to look. You’ll need to bake the cake in the oven for roughly an hour and a half, maybe two hours, till golden and a cake tester comes out clean. It may look a bit like a lasagna, but it’s not…. It’s a delicious bojo cake with pineapple! Having the pineapple chunks in there really are a nice addition. The cake will be soft and moist, the texture won’t be like a regular cake, but it’s super tasty. But maybe I’m biased… I hope you’ll love this cake as much as I do!

Print
Bojo with Pineapple
Surinamese Bojo Cake with Pineapple is a cassava-coconut cake with pineapple chunks. This traditional Surinamese cake is served often at parties. 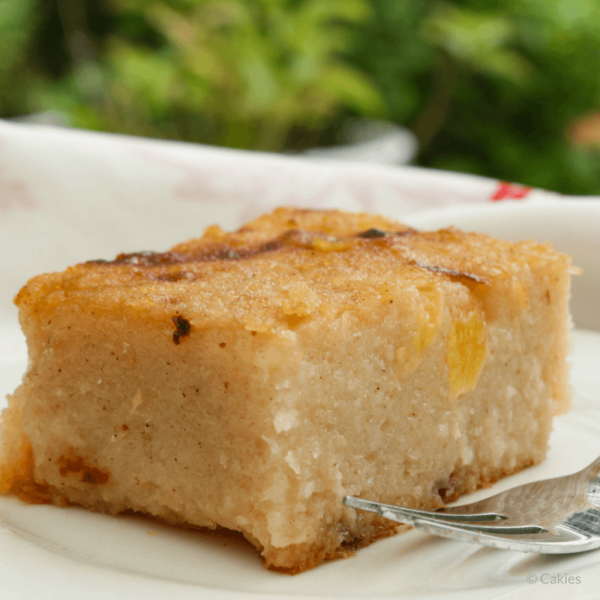