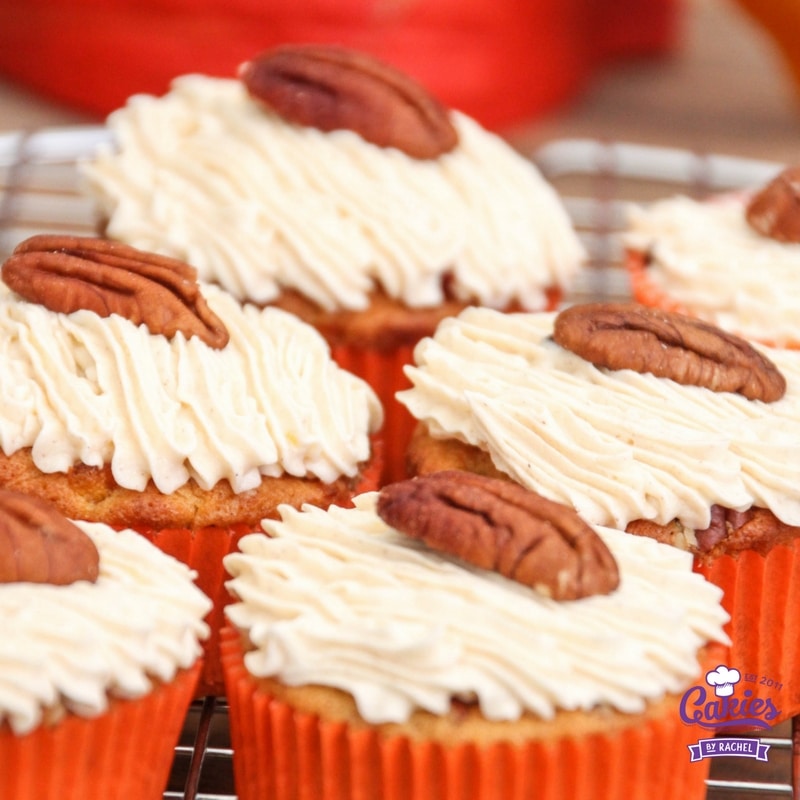 You have to try these Pumpkin Pecan Cupakes! For awhile now I’ve been thinking about making pumpkin cupcakes. Now that pumpkin season has started again it’s time to put these thoughts into real cupcakes. After some testing and tweaking I came up with a good cupcake, but after adding some pecans in the mix, together with a fresh topping, the cupcakes were just absolutely delicious!

Here’s what you need: First of, preparation, make sure you fill your muffin tin with paper cups. Lightly crush your pecans. Just crush them with your hands, don’t crush too much. Make sure you keep a few pecans to put on top of your cupcakes. Put butter into the bowl of an electric mixer. Add the spiced golden rum and start mixing till creamy. Meanwhile, add nutmeg, cardamom and cinnamon to the flour. And mix your dry ingredients. In another bowl, mix ginger and grated pumpkin. In another bowl (or jug) add yogurt to your eggs.

Lightly whisk the yogurt with the eggs. Add the half of the egg mixture to the creamy butter and mix till fully incorporated on a medium speed. Next, add half of the flour to the mixture and mix till it’s fully incorporated. Now add the rest of the egg mixture and mix till incorporated. And add the rest of the flour to the batter and mix till fully incorporated. Now it’s time to add the main ingredient, the pumpkin, to the batter. For some strange reason this pumpkin didn’t want to be photographed, no matter what I did, my camera wouldn’t focus on the pumpkin, so all I can give you is a blurry pumpkin photo, just imagine it in focus… Mix for another couple of seconds and you’ll end up with this lovely batch of pumpkin batter. Fill your prepared muffin tin with the batter. To make them proper pumpkin pecan cupcakes it’s time to add the pecans. Top the batter with some of the crushed pecans. And it’s into the oven they go! Now you take those pumkin pecan cupcakes and top them with your delicious fresh ginger and cinnamon buttercream and finish it off with some of the pecans you kept aside. Hmmmm, yummy, don’t you just want to bite in that right now? The beautiful soft pumpkin combined with the light crunch of the pecans and the fresh topping make these pumpkin pecan cupcakes absolutely delicious! 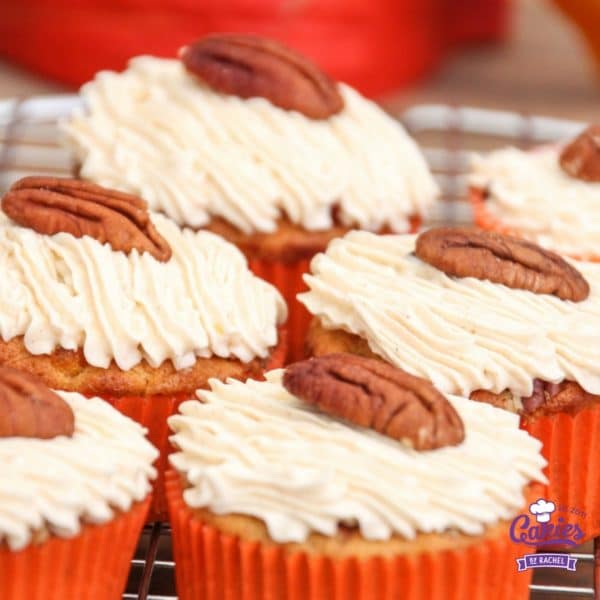 For the buttercream you can use Cakies' Classic Buttercream recipe.