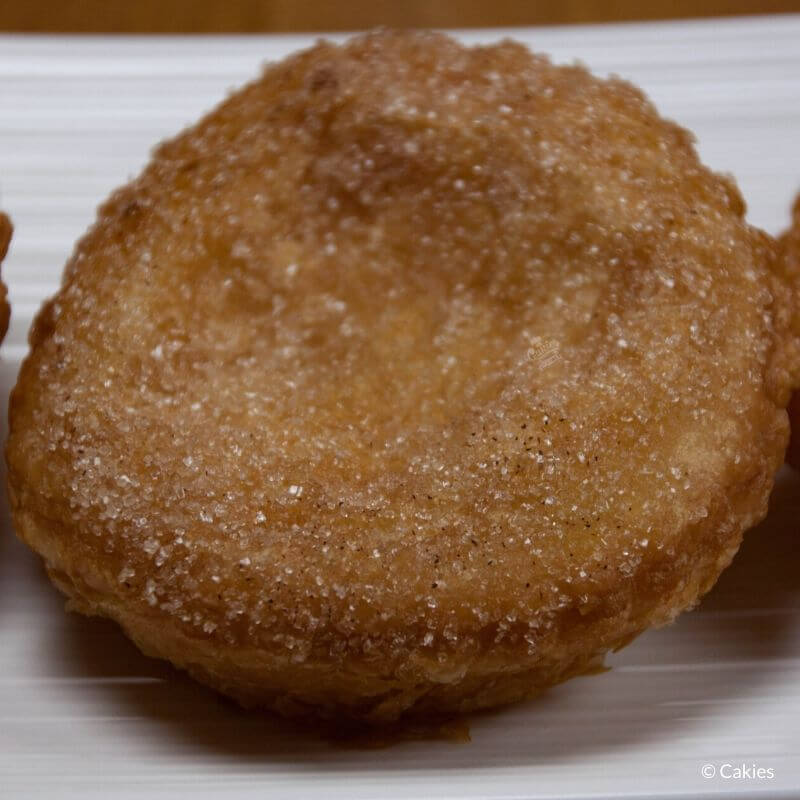 Dutch Apple Beignets (Appelbeignets) come in two versions in the Netherlands, one you make at home which consists of a slice of apple dipped in batter and deep fried in oil (also called Appelflappen by some, read more about that in my Appelflappen vs Appelbeignets post) and the version you can buy at the bakery or supermarket which is a slice of apple packed into puff pastry and deep fried in oil. This recipe focuses on the apple beignets with puff pastry. If you’re looking for the apples dipped in batter version check out my Dutch apple fritters recipe.

How To Make Dutch Apple Beignets With Puff Pastry All you need is an apple, puff pastry, a little bit of almond paste, some butter and cinnamon. You can buy almond paste or make some yourself with my recipe for homemade almond paste. Start by mixing together your almond paste, cinnamon and some butter. If you’re using ready made puff pastry from the freezer for the dutch apple beignet make sure it’s thawed before use. Take your cut out and sealed apple beignet and slowly drop them into the hot oil of a deep fryer, or you can fry them in a pan filled with oil. Make sure the oil is  375°F/190°C. I always use sunflower or peanut oil. When the pastry starts to puff at the top you can flip the dutch apple beignets over. Fry them until they’re golden brown. When the apple beignets are done, leave them to cool for a few minutes. While still warm roll them in cinnamon sugar. You can choose to only have cinnamon sugar on top or all over. 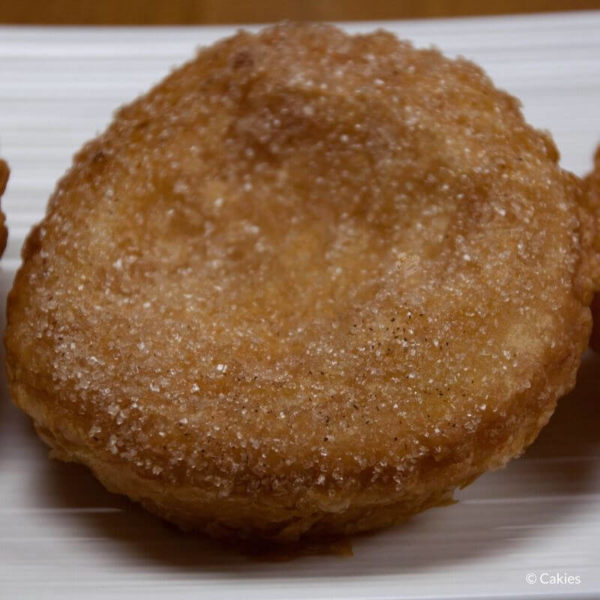