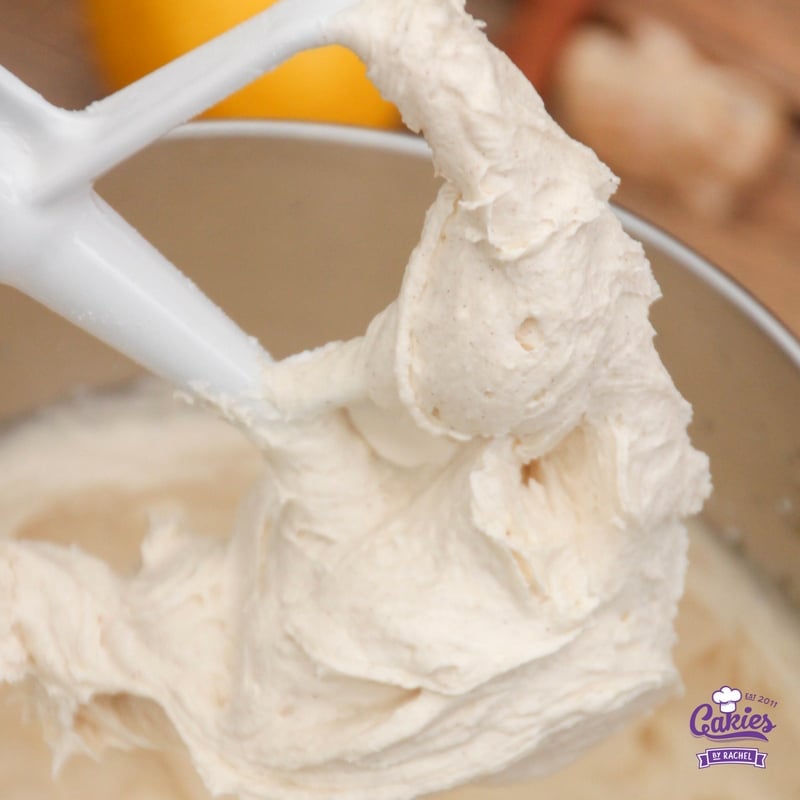 You know the Delicious Pumpkin and Pecan Cupcakes I made recently, this is the amazing cinnamon and ginger buttercream that goes with it. This buttercream doesn’t only go well with a pumpkin cupcake, but it’s also a great filling for cakes. It’s hard to explain exactly what it tastes like, just that it tastes like cinnamon and ginger with a hint of lemon. You really have to try it to understand how good it really is. Put your butter into a bowl. Next, with an electric mixer beat till the butter is creamy. Slow down the speed of your mixer and gradually add half of the confectioners’ sugar to the butter. Mix until the sugar is fully incorporated. Mix till it’s all fully incorporated. Now add the rest of the confectioners’ sugar.

And mix till it’s creamy and fluffy. For those of you that see a slight difference in the last photo. I updated this post with a new photo when I made the recipe again. Just because it looked even more delicious when I made it again 🙂

Like I said earlier, you can use it as a topping for cupcakes (it goes really well with my Pumpkin Pecan Cupcakes) or as a filling for a cake. Just try it and let me know if you like it!

Print
Fresh Cinnamon and Ginger Buttercream
This amazing buttercream made with cinnamon, ginger and a hint of lemon goes well with pumpkin pecan cupcakes and makes a great filling for cakes. 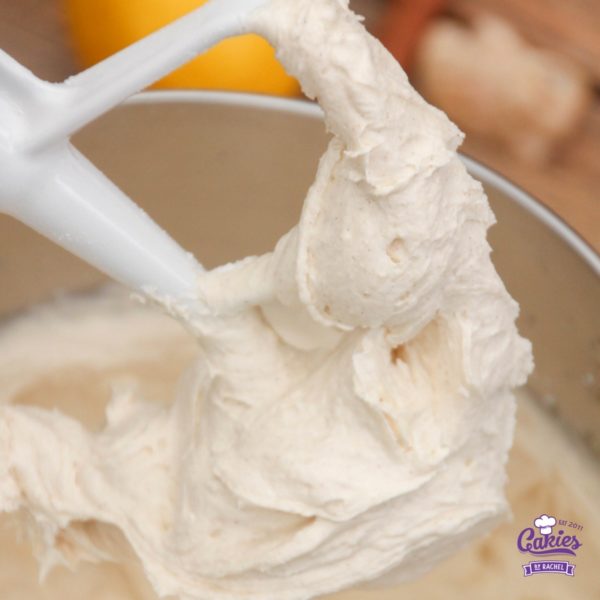