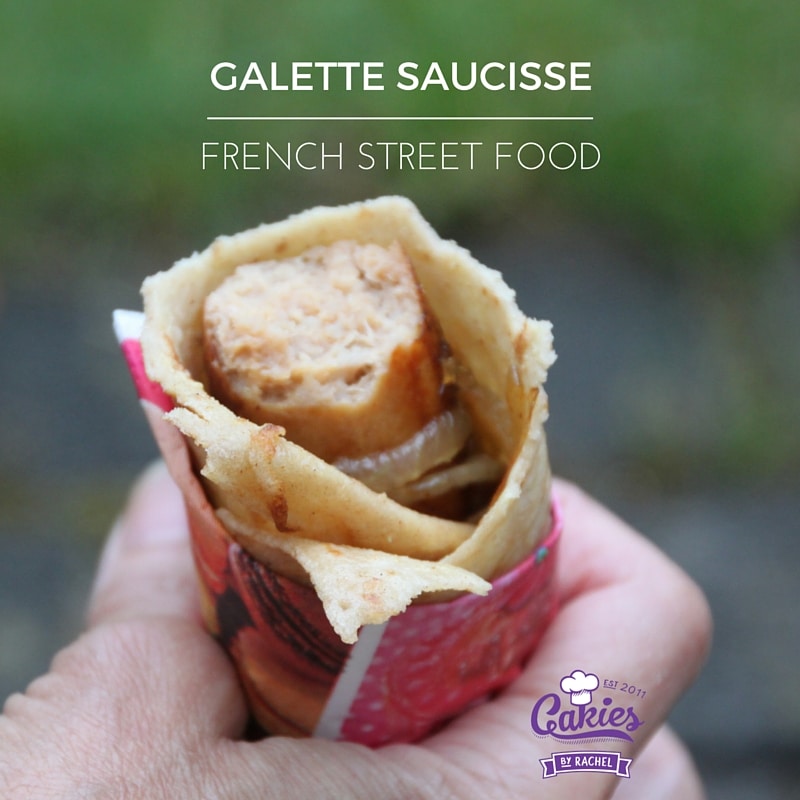 I have to say, my “Baking Around the World” challenge is a lot of fun. I’m learning so many new things about different countries. One of the best savoury dishes I’ve tested so far are these delicious Galette Saucisse.

Galette Saucisse is a type of French Street food. The French are known for their crêpes and Galette Saucisse is a hot sausage wrapped in a buckwheat crêpe. There’s a lot of debate whether or not the galette’s should be eaten with dressings and toppings. There’s even a “French Association for the Preservation of the Galette-saucisse” which recommends not adding anything to them. However, Dijon mustard is accepted and caramelized onions were commonly used as a topping on Galette Saucisse at the beginning of the 19th century.

My version of Galette Saucisse includes Dijon mustard and caramelized onions and there’s just one thing I can say, DE-LI-CIOUS!

These French hotdogs, cause that’s kind of what they remind me of, are just delicious. They’re so simple, and for me the caramelized onions really finish off the dish perfectly.

So here’s how you go about making the Galette Saucisse. Put all the ingredients for the pancakes in a bowl. The flour… And pour in the milk and water. Whisk everything into a smooth thin batter. Cover the batter with clingfilm and leave to rest for about an hour. Bake thin pancakes golden brown. The batter makes about 5-6 pancakes. Set them aside when done. And fry up your sausages.

Spread mustard on the pancake. In the middle of the pancake put your hot sausage and put some caramelized onions on top.
Wrap the pancake around the filling. Pull up the bottom over the filing first and wrap the sides around it to ensure nothing falls out at the bottom of the sausage. Serve immediately.

Trust me when I say this is a delicious dish. When my mom first took a bite out of one of these galette’s she was hooked and it’s now one of her favourite foods as well.

Try it yourself and let me know what you think. 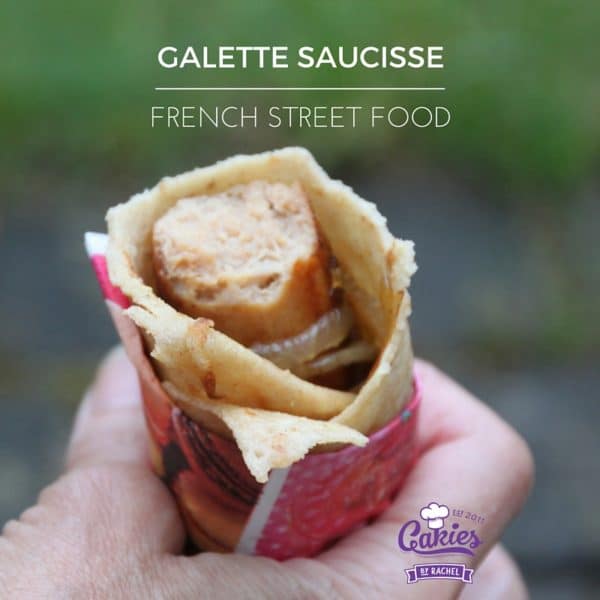