Muffins that taste like donuts! | Cinnamon and Sugar Muffins 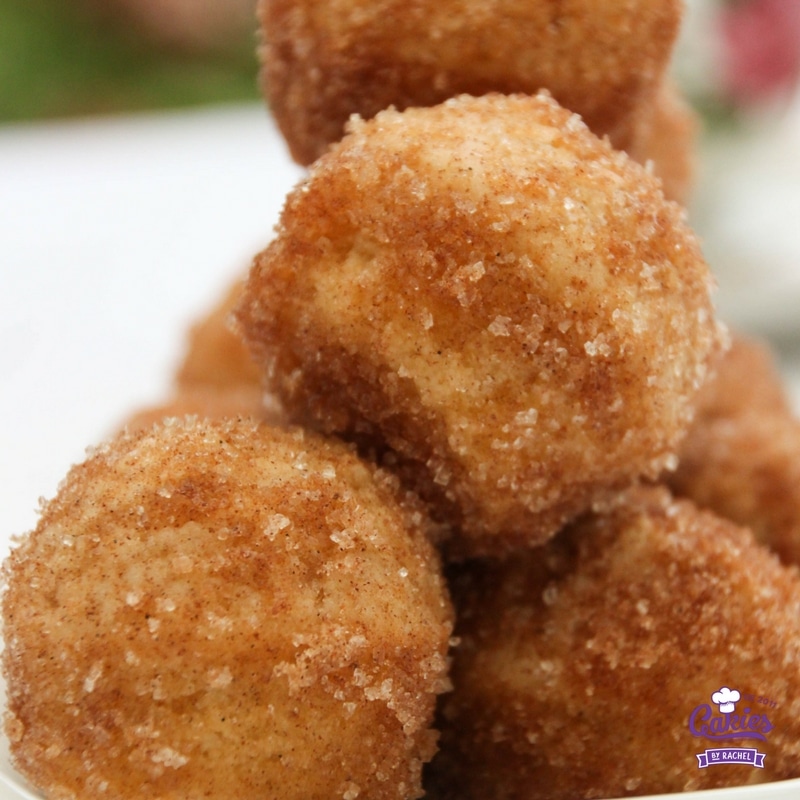 Cinnamon and Sugar Muffins are on the menu today. I know I’m really cutting it close lately with my posts. I try to post at least one article a week and preferably on a Friday, but the last few weeks I’ve been so busy that I’ve run out of my prepared batch of recipes and found myself writing and editing in the weekend. I’ll be holding a recipe making and baking session shortly, so hopefully I’ll be back on track with some consistent posts each Friday. Till then, I hope you’ll forgive my irregular postings!

Now, let’s get on to the delicious business. I have to state up front, this is not a recipe that I’ve made up all by myself. I actually first came across this recipe for cinnamon and sugar muffins on the Tasty Kitchen website. It was posted there by lemanda. Later on I found more sites with the same recipe but ever since I found it at Tasty Kitchen I knew I HAD to try it. It sounded delicious, cinnamon and sugar, two of my favourite ingredients! I added a little vanilla extract in the mix, but other than that I stuck to the recipe ’cause it’s delicious as is!

So here’s what you do. First off, as always, make sure you get all your ingredients ready. Oil, flour, salt, cinnamon, milk, sugar, egg and baking powder. Not on the photo are vanilla extract and for the topping some extra cinnamon, sugar and butter. In a bowl, mix flour, baking powder, salt, nutmeg and cinnamon until combined. In another bowl add egg, milk, Mix until just combined, don’t overmix it. You don’t have to do this in an electric mixer, I just used it because at the time I just got a new mixer and wanted to use it even for little things like this 🙂 Next, you add the dry ingredients to the wet ingredients and you fold the ingredients together, but be careful not to over-work the mixture. Stir only to combine, it doesn’t matter if there are a few lumps in there. Like I said with the Goji Berry Muffins, Love the lumps! Now take your cinnamon and sugar muffins mixture and fill your buttered and floured muffin tin. I used a mini muffin tin, ’cause I think mini muffins look cute. But you can use a normal muffin tin. Fill it about 3/4. Put in a preheated oven and bake in the center of the oven for about 15-20 minutes, or until the muffins are well risen and a skewer inserted in the center comes out clean.. While your muffins are in the oven prepare your topping. Combine sugar and cinnamon in one bowl and melt your butter and put it in another bowl.

While you’re muffins are still hot, shake them out of the muffin tin and start coating them immediately. First, dip them in butter, make sure the muffin is fully coated. Next, dip and roll them into your cinnamon and sugar mixture. Again, make sure the cinnamon and sugar muffin is fully coated. It’s quite a messy job, but trust me it’s worth the mess! Once the cinnamon and sugar muffin is coated in sugar put it on a wire rack to cool. Now repeat the process for all of the other muffins! You’ll end up with this delicious batch of cinnamon and sugar muffins that taste like donuts! They are one of my favourite muffins, originally they are breakfast muffins, but these mini ones I can eat all day! Try it, if you’re a cinnamon and sugar fan like me, I’m sure you’ll love it. They’re nice and light, and just delicious! 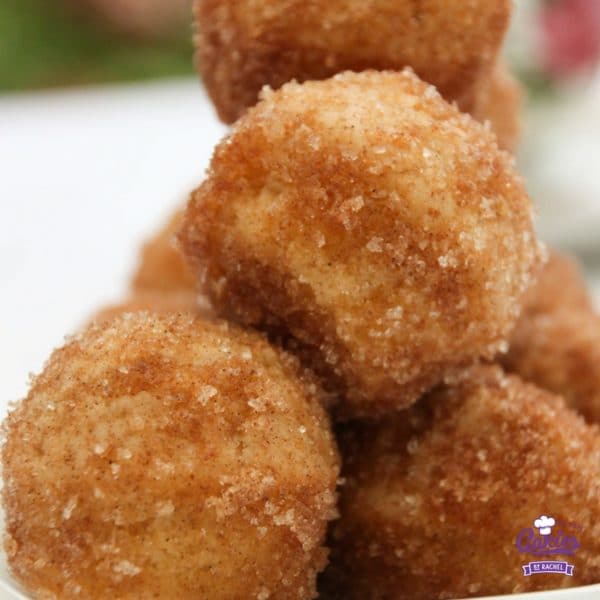