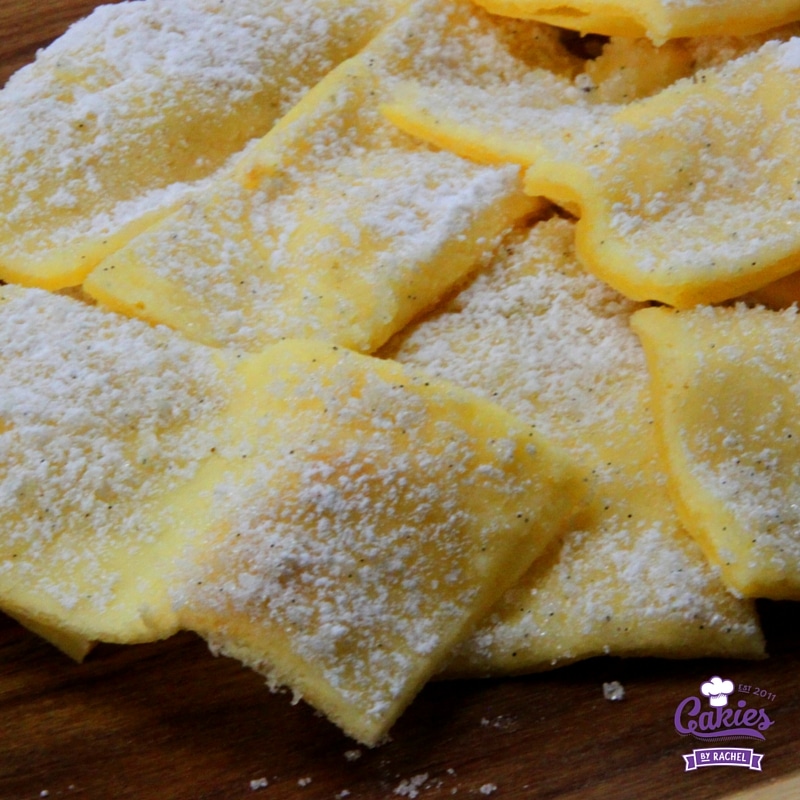 Prophetenkuchen (Prophet cake) is a very thin wavy cake which is spread with butter and dusted with confectioners’  sugar. The cake is a specialty of the state of Thuringia in Germany. This is another “Baking My Way Around the World” recipe.

Prophetenkuchen and it’s many names

While researching what to bake for Germany there were many obvious choices but somehow this strange looking wavy cake caught my eye. I’ve tried to find out more about this cake but there’s not much I could find out, except that it’s got many names.  Prophetenkuchen is also called Huckelkuchen, Thüringer Platz, Aufläufer, Platzkuchen and Fettpfützenkuchen.

According to Wikipedia the cake was already known in the 18th century and the meaning behind the name is unknown.

Whatever the meaning may be, one thing I know for sure, these things are darn tasty!

This is my version of Prophetenkuchen. Put your egg yolks into a bowl. Add some of the vanilla sugar. Mix until light and fluffy. Add in the oil and mix until combined. Add the flour and mix until combined. Add the rum and mix until combined. Don’t worry if it seems like the batter is starting to curdle a bit, just keep on mixing, it’ll get smooth again. You should end up with a smooth mixture like this. Take a baking tray which is either thoroughly greased with butter or lined with parchment paper. (I used parchment paper, but it will move about a bit while spreading out the batter.) And pour on the cake batter. Spread the batter thinly and evenly out on the baking tray. And put into the oven for 5-8 minutes. While in the oven you’ll see the cake bubbling and forming little hills, that’s supposed to happen. When the cake is nice and golden and only very light golden brown the cake is ready to take out of the oven.  Mine started to turn a bit too brown around the edges but ideally the cake shouldn’t turn brown at all. Take out of the oven and leave to cool a bit. When the cake has cooled down thoroughly generously spread the melted butter on the cake. Make sure to cover the entire cake. Next, sprinkle on the rest of the vanilla sugar over the entire cake. Leave the melted butter with the sugar to cool down fully so the butter gets firm again. And finish off with a dusting off confectioners’ sugar. Cut the cake either into squares, which I think is the traditional way of serving it, or like I did, cut it in little strips. I wanted bite sized portions people could grab off a plate easily. I used a pizza cutter to cut trough the cake easily. You’ll end up with this deliciously tasty sugary goodness.

I think next time I’m going add a sprinkle of lemon with the vanilla sugar topping or make a cinnamon and sugar version. So easy and sooo tasty!

Give it a go and let me know how it went. Leave a comment or tag me on social media. 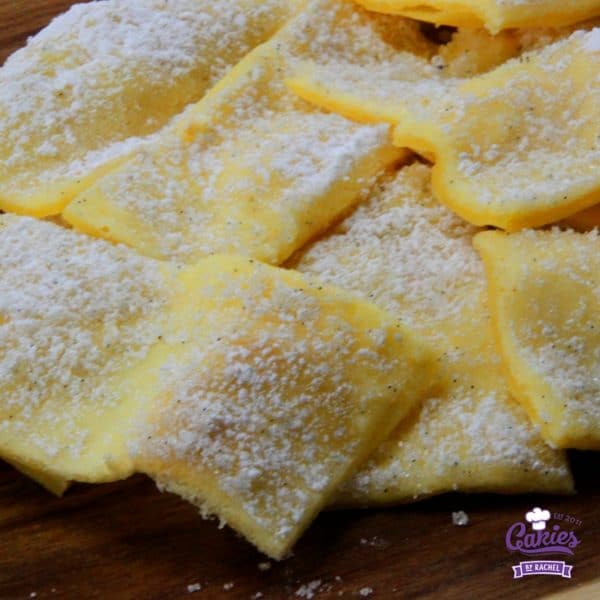