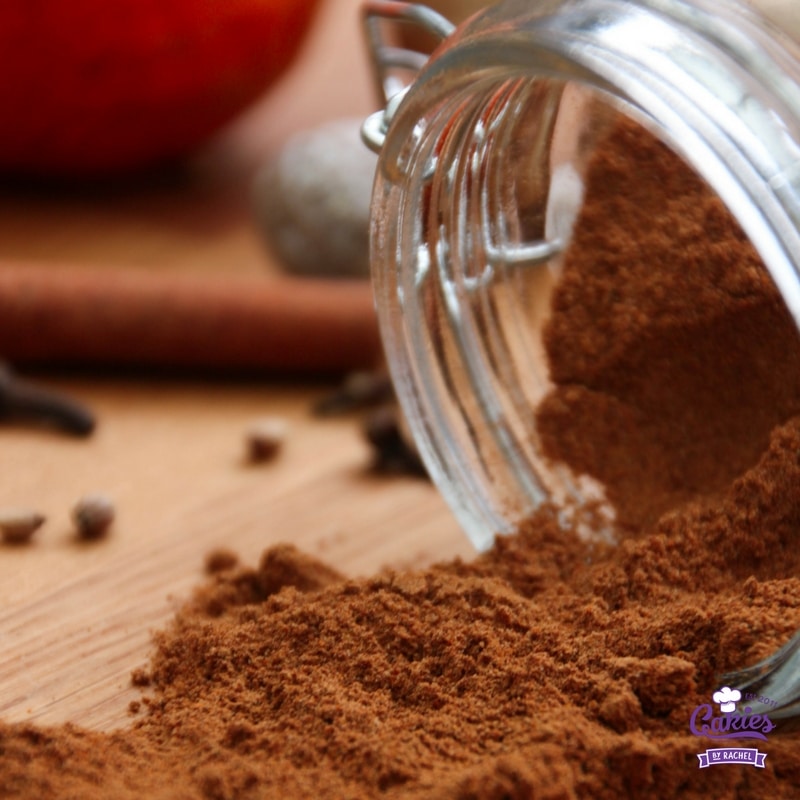 Speculaas Spice Mix is often used in the Dutch cuisine during fall and winter. As soon as the weather starts to turn cold all kind of delicious recipes with Speculaas spices turn up. Growing up in the Netherlands I always looked forward to this time of year, not because of the weather (I hate rain…) but because of the Speculaas and especially Kruidnootjes (Spice Nuts). They were always my favorite :).

My recipe is adapted from a Dutch online article that explains the history of Speculaas. Speculaas is actually not just a flavour that’s known in the Netherlands. In Germany and Austria it’s called Spekulatius and in Belgium and France it’s called Speculoos.

Originally, baked goods in animal shapes with Speculaas Spices were offered to the Gods to ask for a good harvest. With Christianity rising in popularity the baked goods changed into figurines of saints. The bishop of Myra, also known as Saint Nicholas was loved for all his good deeds for the poor and was therefor pictured frequently on baked goods. Nowadays baked goods containing Speculaas Spices are still served on Saint Nicholas Day. Each baker used to have his own special Speculaas Spice mix and unique way of making baked goods containing Speculaas Spices. At one point in history there were male and female figurines available which people could give to a suitor or lover as a way to say I love you. You couldn’t give part of yourself as a gift but you could give a figurine in your likeness (male of female) as a token of your love. Even back then they knew love goes through the stomach! Love it!

Make Your Own Speculaas Spice Mix

Making your own Speculaas Spice Mix is actually not that difficult. It’s got similarities to the American Pumpkin Pie Spice mix but it’s still not the same. You have to taste it to understand. Like I said, each baker used to have their own special blend of Speculaas Spices. All mixes do include at least, cinnamon, nutmeg, clove, aniseed, white pepper and coriander. Next to that people are known to add ginger, cardamom and mace.

My mix includes all of these spices as well as ground dried mandarin zest. I like the extra aroma it gives to the spice mix. I make my own dried mandarin zest by zesting a mandarin and drying out the zest in the oven at roughly 200 °F / 80 °C. Spread out the zest on a baking sheet lined with parchment paper. Dry in the oven for an hour turning the zest halfway making sure it dries evenly. Once dry, take it out of the oven to cool and use a mortar and pestle to ground it into powder. For this recipe the zest of two mandarins should be enough. However, you can leave this step out.

The nice thing about creating a Speculaas spice mix is that you can make it your own anyway you like.

The steps for this recipe are easy, you add all dried ingredients into a bowl and mix them up! (The full list of ingredients including measurements can be found in the recipe card below.) If, like me, you see a few lumps from some of the spices after mixing it you can use the back of a spoon or your mortar and pestle to break down those lumps.

I love cinnamon so, my version of this recipe is heavy on cinnamon, however, you can experiment and see what works for you. When I try to mimic the commercially available Speculaas spice mix I use 5 tablespoons of cinnamon, but when I want the other flavours to be stronger I use less cinnamon . That’s the nice thing when making your own spice mix. You can make it to your own liking.

I would say, just give this mix a try and start baking those Tasty Spice Nuts/Dutch Kruidnootjes, make your own Speculaas Cookies/Dutch Windmill Cookies or make an amazingly delicious Spice Popcorn with the Speculaas spice mix. I’m sure you’ll love it! 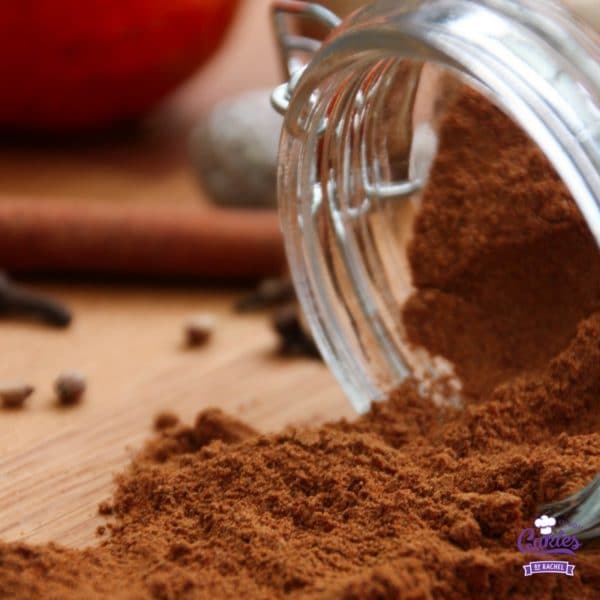