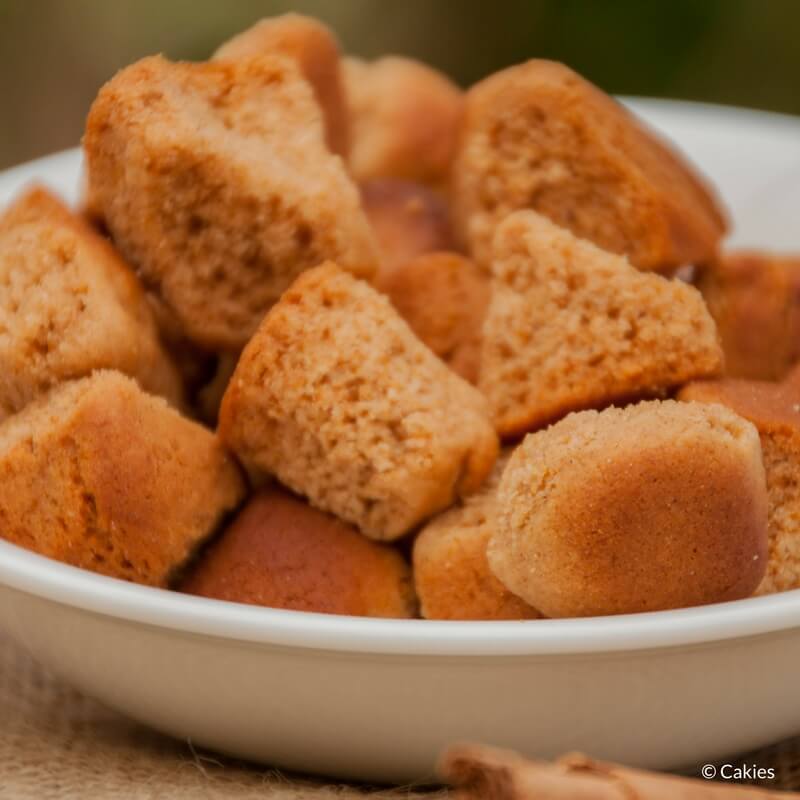 I actually was a little hesitant to post this recipe because it contains an ingredient of which I’m not sure if it is available everywhere, Dutch pancake syrup. Dutch pancake syrup is different from other syrups. It’s a molasses type syrup I’m not acquainted with a syrup that’s similar so I can’t give any advice on that yet. I did see that Van Gilse pancake syrup is available on Amazon (affiliate link). And for me, it’s the syrup that makes the pepernoten like they should be so I couldn’t leave that out. However since this is the way the pepernoten should be made I decided to publish the recipe anyway. I did hear that Dutch pancake syrup is similar to treacle/molasses so I guess you could try to substitute it with that but I haven’t tried that myself yet so I cannot guarantee the result will be the same.

My recipe is derived from a pepernoten recipe on a Dutch history site. According to the website, the oldest known recipe available is from the 16th century and describes pepernoten as “A type of pastry/cookie made from flour, honey, sugar or syrup, baked mixed, in which pepper and other spices have been added ” (Eene soort van koek, uit meel met honing, suiker of stroop gemengd gebakken, waardoor gestooten peper en andere kruiderijen is gedaan). Hence the name Peppernuts for these chewy treats. Nowadays pepper isn’t explicitly mentioned in the list of ingredients but pepper is used in Speculaas Spice Mix which is used in current recipes. Start by sifting flour into a bowl. Together with baking powder. Sift it, sift it good. Set aside your sifted flour mix. In another bowl add honey. And the all important ground aniseed. Make sure you mix all the ingredients thoroughly. Add your flour mixture in with the honey/syrup mixture.

Mix up the ingredients till they start to combine. When the mixture starts to combine get stuck in and knead it into a dough. When you’ve got a firm dough form it into a ball. Wrap the dough in clingfilm and put it in the fridge for about an hour.

Now that you’ve got the dough ready there are two ways to prepare the pepernoten. The quick and easy way by cutting the dough into squares or the little more elaborate but still easy way to give the pepernoten their distinctive look. Roll out the dough into a rectangle till it’s about 0.4 inch / 1 cm thick and cut the dough into even squares. Put the squares onto a baking sheet lined with parchment paper and put the pepernoten into the oven for 10 -15 minutes, till golden brown. You’ll end up with some nice chuncky peppernuts like this. I tried to go ‘fancy’ with my photography this time and photographed the pepernoten on a white background. In a way they look pretty cool, almost like a stockphoto, but next time I’m just going to photograph them with some color in the photo. This stockphoto look is kinda boring, but it’s all I have so I’ll roll with it 😀

Pepernoten with a classic look

To give the pepernoten their distinctive look, do the following. Roll the dough into long strips and cut into pieces of 0.3 to 0.6 inches / 1 to 1.5 centimeters.  Add some oil to a bowl and coat all the pieces with oil. Transfer the coated peppernuts to an oven dish lined with parchment paper. Fill it up, nice and tight, just make one layer though. I made a double layer once but didn’t like how the bottom ones turned out, so stick to one layer for the best result. Put into the oven and bake for 20 to 30 mins till golden. Leave to cool. Once cooled you should be able to easily break up the peppernuts into little pieces. Because you’ve coated the dough with oil beforehand, each peppernut should break off easily. Baking the peppernuts all together like this gives them their distinctive look. I hope you enjoy this recipe for Dutch Pepernoten. If you want to try out the crunchy pepernoten check out my recipe for Kruidnootjes (Tasty Spice Nuts). 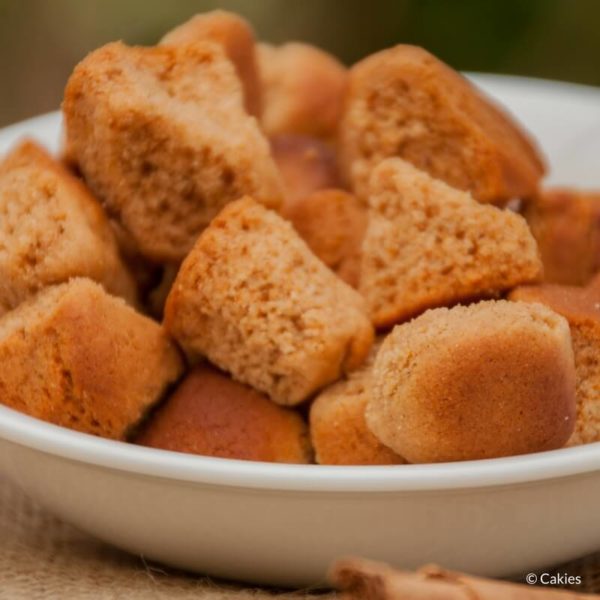