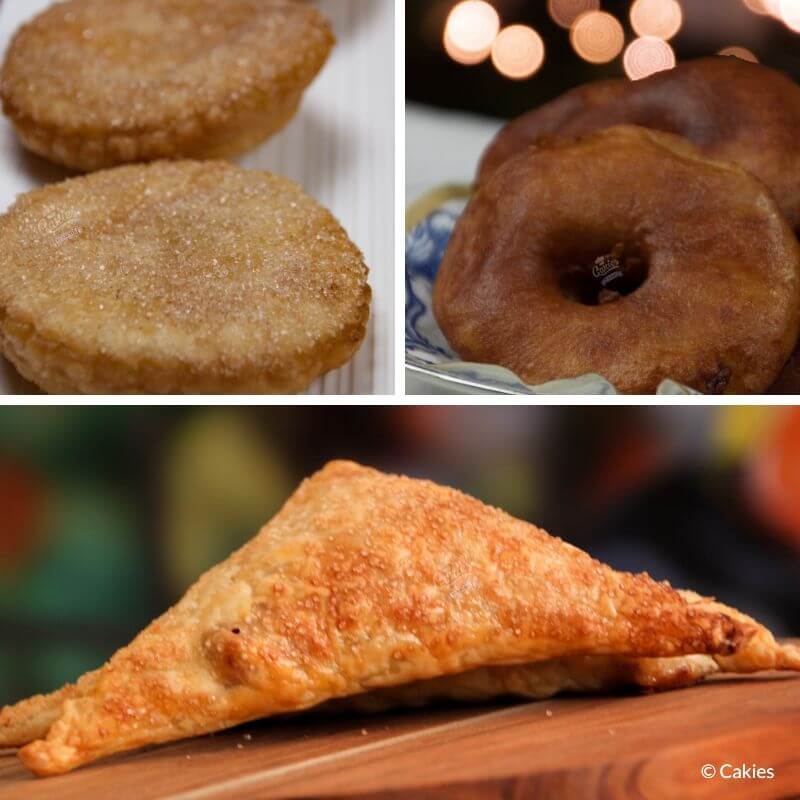 It’s a never ending discussion in the Netherlands, is it an Appelbeignet or an Appelflap?

It is a discussion that comes along every year. Especially around the turn of the year, because that’s when Appelflappen and Appelbeignets are frequently eaten.

Let me start with what I call all the goodies. Apple pieces with sometimes raisins wrapped in puff pastry that is folded as a triangle and baked in the oven, I call an appelflap. An apple slice that has been dipped into batter and fried is what I call an appelbeignet. And I also call a slice of apple wrapped in puff pastry and fried an appelbeignet. But am I right? I have researched this and went through many websites and online forums.

Appelflap and Appelbeignet according to the dictionary

For the appelbeignet the “van Dale” refers to the description of a “beignet” where the following is stated:
“Pastry of fruit slices with some batter made of flour” [Dutch: “gebak van vruchtenschijfjes met wat meelbeslag”]

The above explanation by the dictionary corresponds to the way in which I make the distinction between the two apple pastries.

Why is an Appelbeignet called Appelflap?

Okay, now we know what the dictionary says, but why are there many Dutch people that have a different explanation for the Appelbeignet / Appelflap?

For that answer I ended up on the website of the Institute for the Dutch Language. There they indicate that the General Dutch Dictionary, (ANW), also has the same clear distinction between an appelflap and an appelbeignet as the Van Dale. With the remark that in practice both words are used interchangeably.

When the Appelbeignet became an Appelflap

The word beignet is a French word which became part of the Dutch language in the 18th century. In the beginning of the 16th century the word was used for deep fried filled pastries.

The word appelflap originated in the 20th century which is when the confusion started.

The Institute for the Dutch Language refers to a quote from an old Dutch book for pastry chefs:

Most likely due to this, the word Appelflap has been used at least since 1945 for two pastries, the apple slice dipped in batter and the apple wrapped in puff pastry.

Next to that, on the Dutch Etymology Bank website it is also stated that in the Dutch language, depending on which area in the Netherlands you’re from, the word Appelflap is used to describe an Appelbeignet and vice versa.

Is it an Appelbeignet or an Appelflap?

After all this research I can only come to one conclusion:

Appelflap can be two things:

Either apples and raisins wrapped in puff pastry shaped as a triangle baked in the oven.

AND it can be

A slice of apple dipped into batter and deep fried in oil.

An Appelbeignet can be two things:

A slice of apple dipped into batter and deep fried in oil.

AND it can be

A slice of apple wrapped in puff pastry and deep fried in oil. But the dictionary makes a clear distinction!

Yes it does, but even the Institute for the Dutch Language acknowledges that in reality both words are used for similar pastries. And language goes beyond just what it says in the dictionary, because the language changes over time and dictionaries do as well. And at one point in time the word Appelflap was used to describe two types of pastries. Many families will have used that word to describe the version their family makes and will have passed that on to the next generation.

The dictionary may make a clear distinction now but an Appelflap and an Appelbeignet can both be used to describe two types of apple pastries.

If after all of this you want to make your own apple pastry, go ahead and check out my recipes for:

Appelbeignet aka Appelflap made with batter (Dutch Apple Fritters)