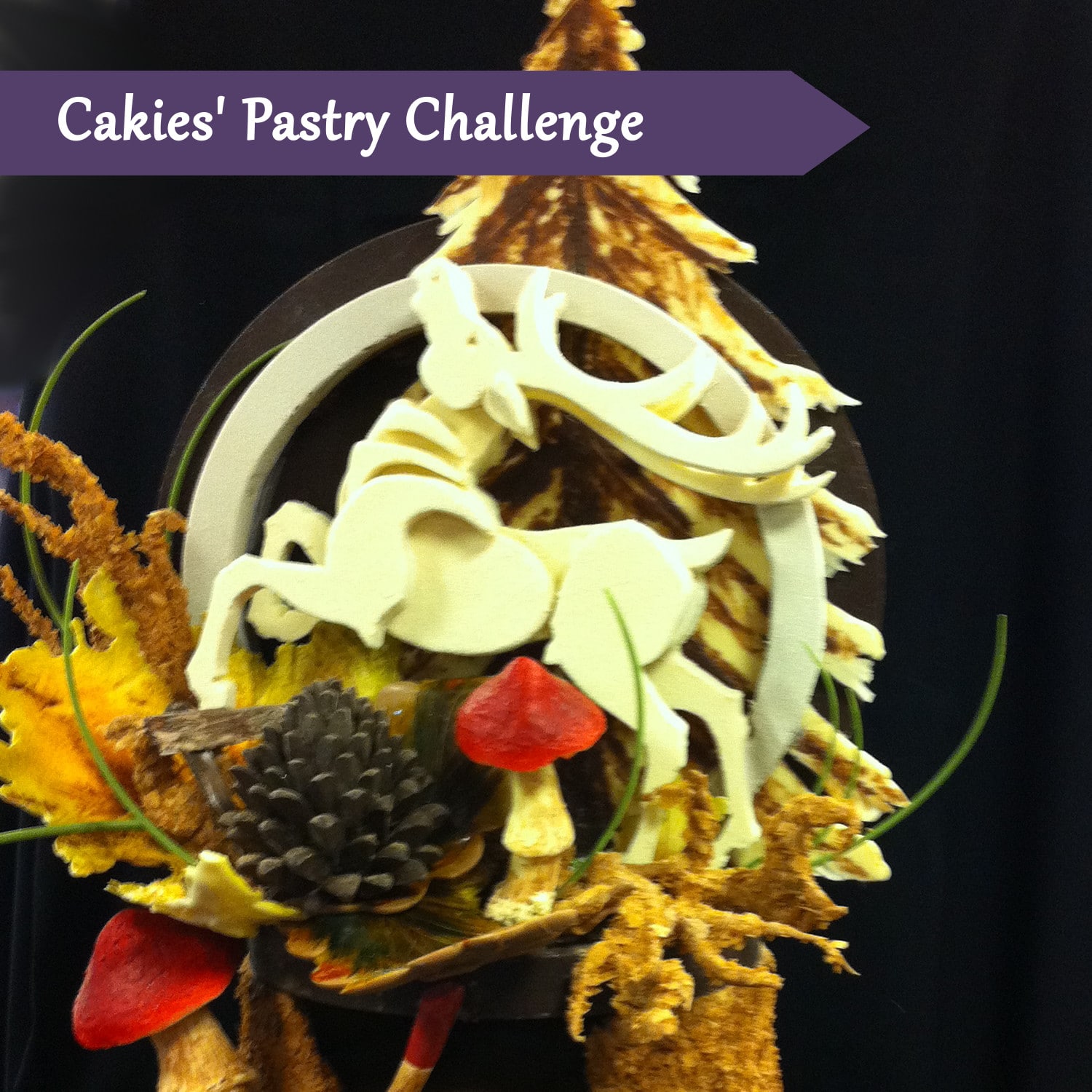 This week we had a masterclass by Jeroen Goossens. Jeroen Goossens is a well-known name in the world of pastry. He started out as a restaurant chef and later on specialised in pastry. He has entered several world championships including the prestigious world pastry championship Coupe du Monde in Lyon. In 1989 he was a guest pastrychef for the Dutch Royal Family. Since then he has been responsible for the pastry for all official banquets and special desserts (e.g. royal weddings). With his own company, Jeroen Goossens Dutch Pastry, he takes on commissions which hold knowledge, new developments and international craftmanship at the core. (Source: CCB)

Quite an honour to have a masterclass by someone like him.I still didn’t know what I’m going to do as a show piece while he was giving the class. So unfortunatly I haven’t been able to ask him many how/what questions.

A few things we need to take into consideration are:

Jeroen picked ‘Fall’ as a theme and he drew a design that resembled that theme. It included leaves, a tree trunk, mushrooms and a deer. You could really tell that he had thought about what he was going to do before hand and which steps he needed to take. However, his steps were just rough outlines, when it came to the actual ‘building’ of the piece, it was a puzzle he needed to solve while he was working. That isn’t something you can write down. You could really see his craftmanship at work!

His explanation of what he was doing did give me a couple of ideas. I’m playing around with a couple of ideas at the moment that I really want to put down on paper soon so I can (hopefully) start working on it a bit more during our next lesson!

Because we didn’t have to do anything ourselves the day was a bit different than a ‘normal’ lesson, but time went by pretty fast, I would’ve loved to see and hear more! The end of the day, we did get a chance to have a bit of the ‘normal’  lesson though, we had to clean up :).